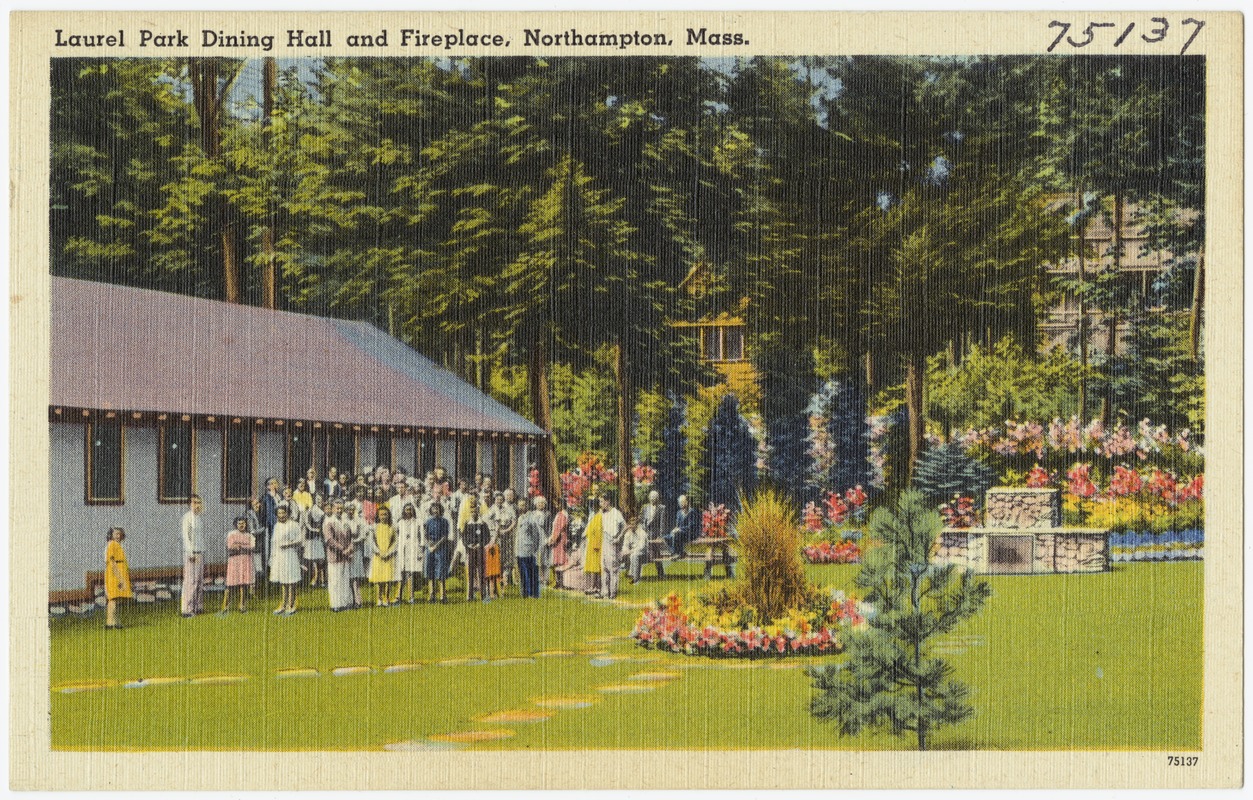 "“Chautauqua” was a cultural and social movement that started in upstate New York in the 1870s and flourished until the mid 1920s. During this time, hundreds of touring chautauquas presented lectures, dance, music, drama, and other forms of “cultural enrichment”. In rural America, big tents served as temporary theaters for these productions." 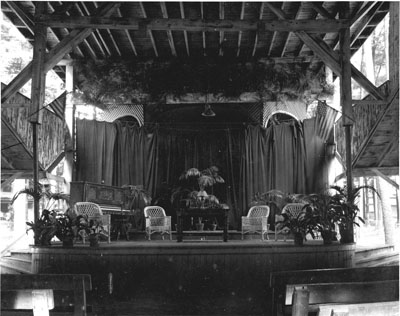 "Developed as the nation was becoming, however, its educational system and entertainment outlets had not kept pace." (Marchant, 2016)

​Described by President Theodore Roosevelt as being “typical of America at its best." (Marhcant, 2016)

In the 1930's, popularity for Chautauqua's fell.

Although Laurel Park continues their Chautauqua today after a brief hiatus mid-century, the gathering is mostly music and food, and does not consist of lecturers (e.g. philosophy, religion) in the same format once enjoyed in the late 19th century. The access to culture, society, and ideas has been increased due to many factors which make a Chautauqua more of a community gathering/festival as opposed to a phenomenon of the summer.

Laurel Park is one of hundreds of former camp meeting sites around the U.S. Scholars of American studies, religion, and vernacular architecture have researched these communities. This scholarly literature provides historic context for the interpretation of the Laurel Park site and its historic development.

Looking at the rich resources offered by 19th century Methodist summer retreat camp in Ocean Grove, NJ, it evident where Laurel Parks site plans and landscape formation takes on the ideologies of the times.

As a point of reference for Laurel Park's own uniqueness, Ocean Grove serves as an example of the different interpretations of Methodist summer retreat camps that these two places ascribed to in their infancy, the different ideologies fueling the creation of these retreat spaces, and the differences through time.

Ocean Grove was chosen due to the easily isolating landscaping that surrounds the site, two rivers on each side and an ocean front on the third. The fourth side was historically the main entrance, which was heavily gated, especially on the Sabbath. The meeting hall, at Ocean Grove's infancy sat in the center of the campground. From the map show below, it is evidenced that Ocean Grove has developed out of the centralized framework of a tabernacle sitting that the center, but Ocean Grove's humble beginnings are evidence of a greater focus on the center. The Great Auditorium at Ocean Grove, the renovated meeting space found Northeast of Central Avenue now seats 7,000 people.

Ocean Grove differs from Laurel Park in that many of the seasonal residents of Ocean Grove would live in (at peak, 660 were found) tents during their stay. Laurel Park never boasted semi-permanent tent sites for visitors. 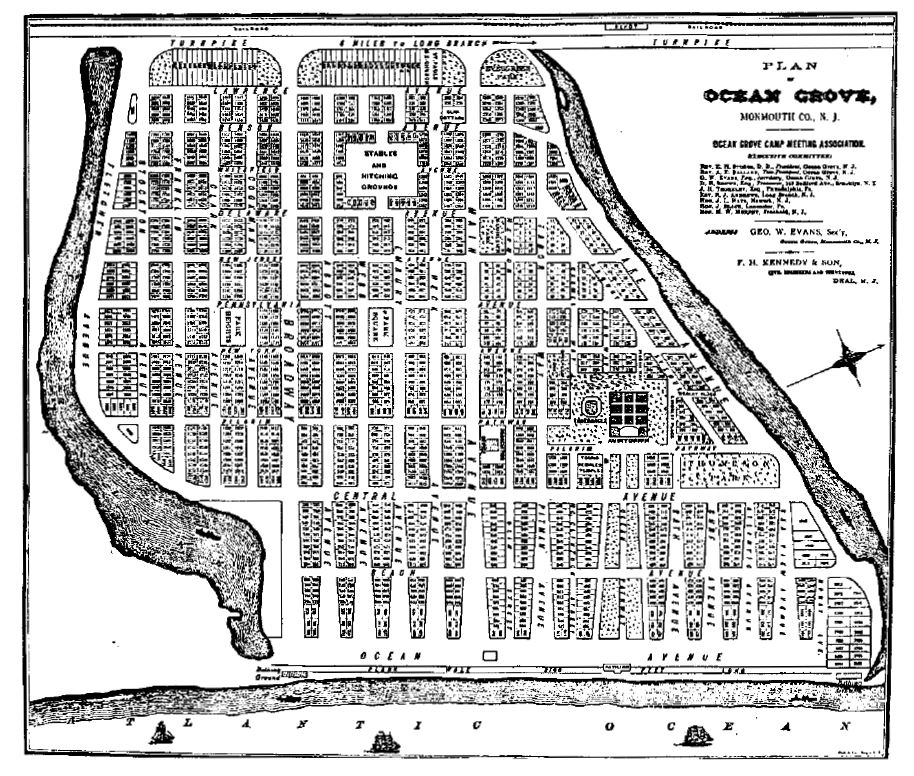 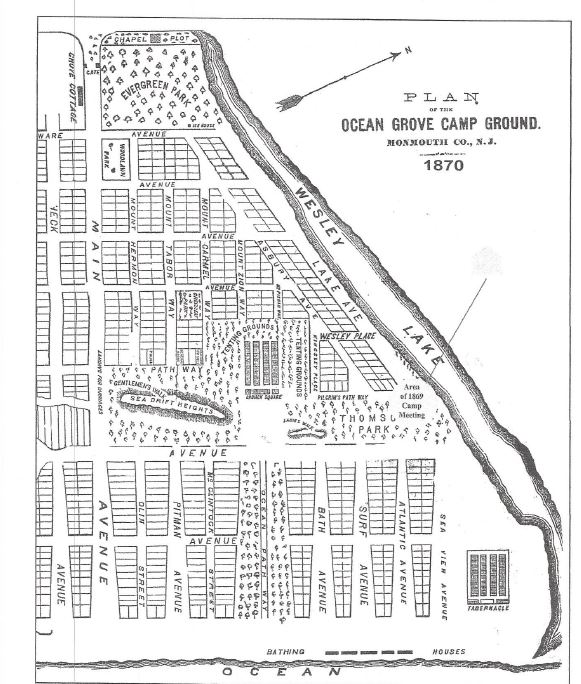 Laurel Park's secluded location is not unlike Ocean Grove. There is only one exit from Laurel Park, as forests cover the Northampton, MA site from three other sides.  As well, Laurel Park's placement along the Boston and Maine Railroad was strategic.

"Most camp meetings founded after mid-century benefited from nearby passenger rail service. ...Out of necessity, the Methodists formed a partnership with railroad executives and invited railroads into the religious landscape. In so doing, they helped shape the aesthetics and economy of a modernizing countryside....Camp meetings after mid-century (1800's) rarely strayed more than ten miles from the railway grid. A pretty spot, preferably on a lake, was also an important consideration." (Chamberlin, 11)

"In a scene repeated scores of times in the 1870s and 1880s, the Connecticut River Railroad (later the Boston & Maine) selflessly offered $1,000 cash and a percentage of all excursion tickets sold to the Springfield District Camp MeetingAssociation—if it would agree to relocate to Hatfield, along its main line." (Chamberlin, 12) 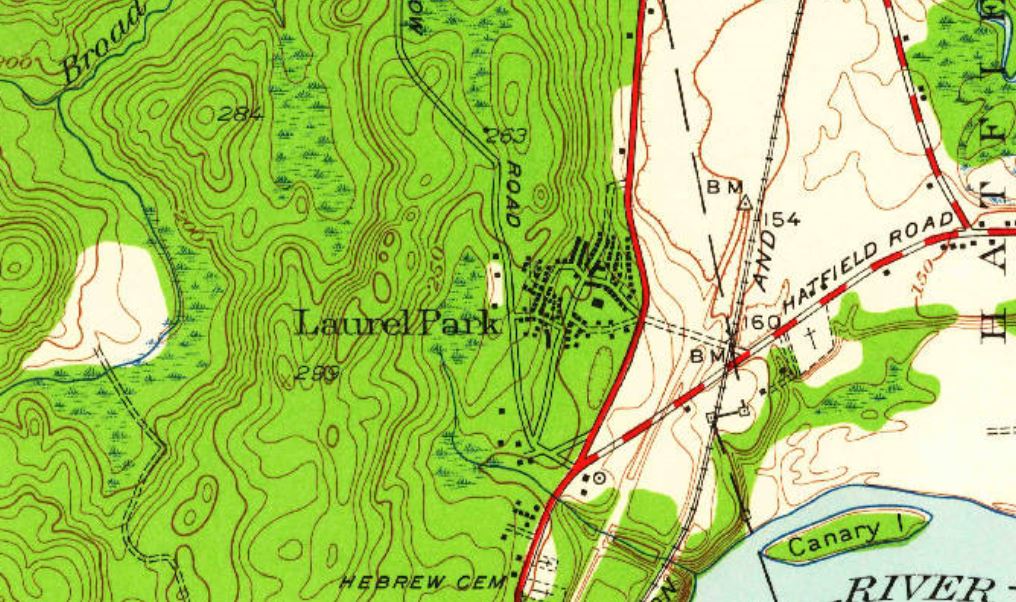 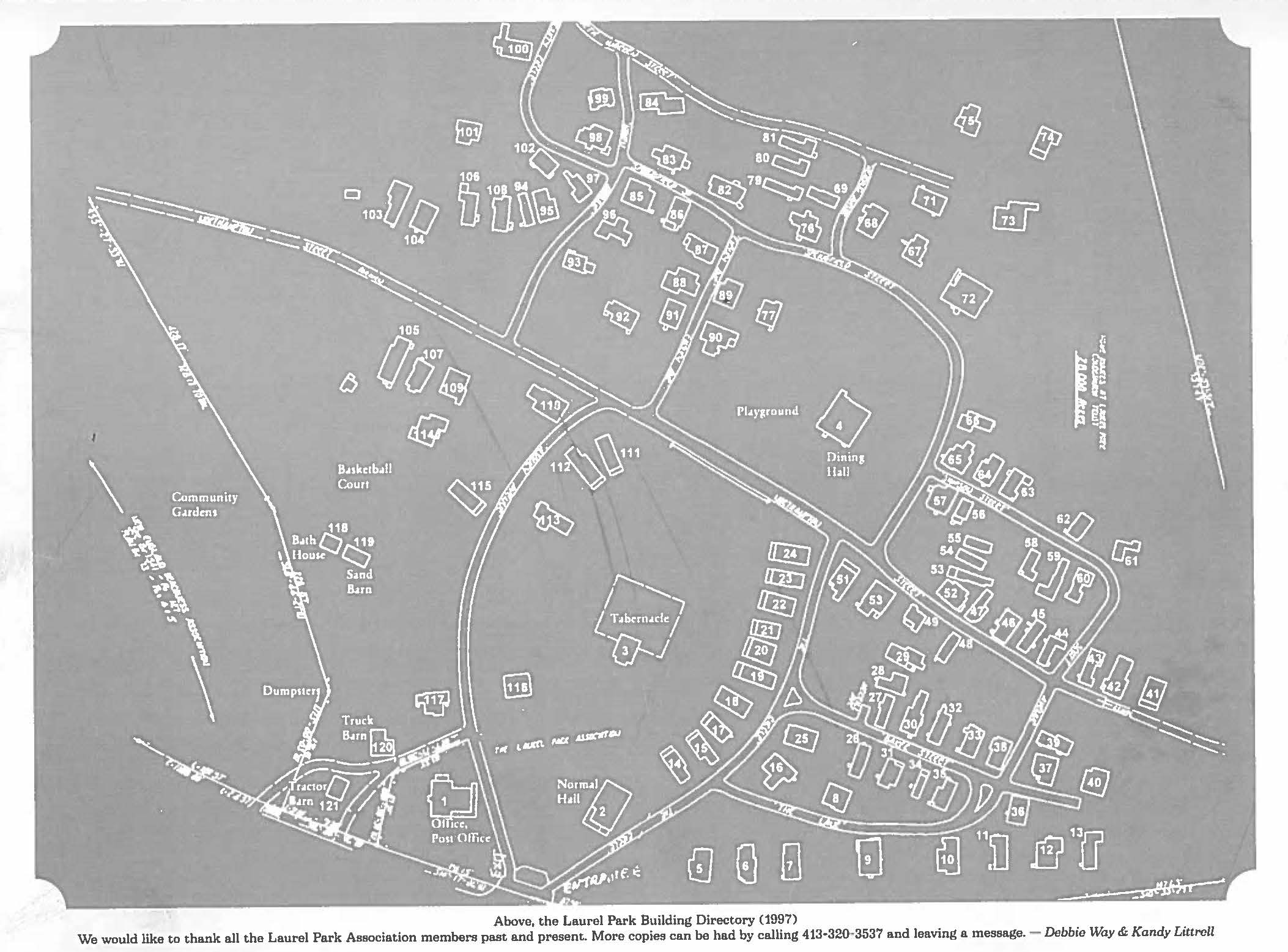 1997 site plan from a 2011 calendar created from historic images by the Laurel Park Association.
Courtesy of Laurel Parks Arts, 2017 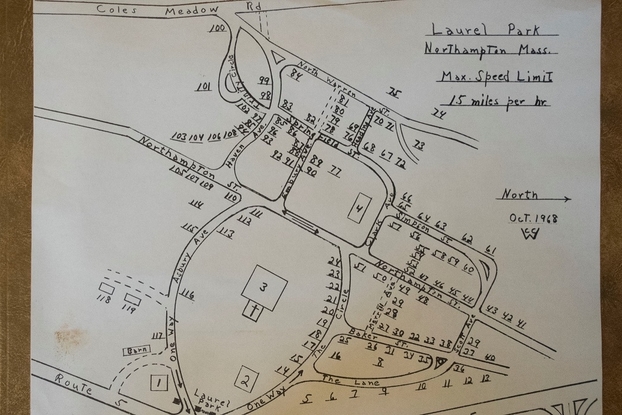 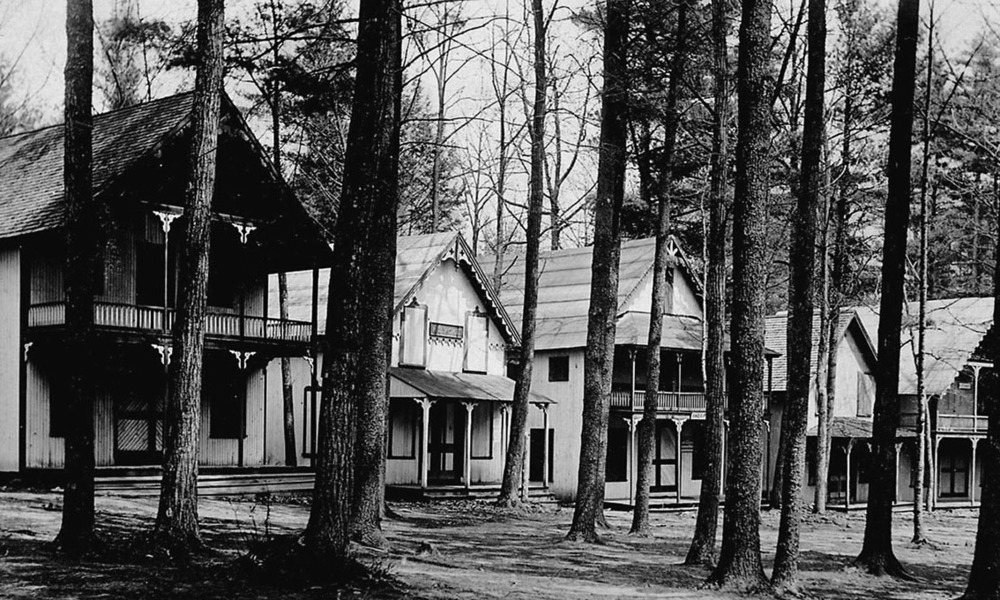 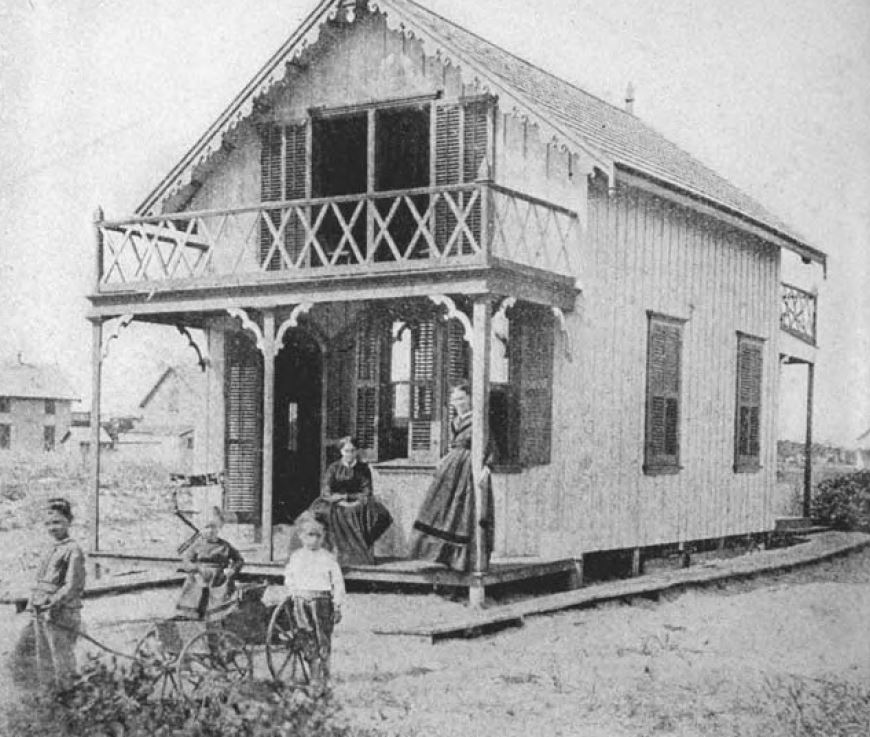 "Two decades earlier, B. W. Gorham’s Camp Meeting Manual had advised rigid zoning standards for religious camp grounds. Log cabins, in particular, would give the wrong impression to potential visitors, as they were calculated to “excite a class of low and ludicrous ideas, since they give the spectator rather the idea of a huddle of Irish rail-road shanties than of a worshipping people ‘dwelling in the goodly tents of Jacob." (Chamberlin, 21)

"Furthermore, whereas the antebellum revivals meant to tame the rowdy frontier, convert the unsaved, and thereby create new church members, the Victorian camp meeting focused on those already churched and called them to a life of holiness. Even the timing of camp meetings reflected sociological changes. changes. The season for frontier revivals extended from July to October, but they [Ocean Grove] occurred most often late in September in order to accommodate the demands of the harvest." (Randall, 200) 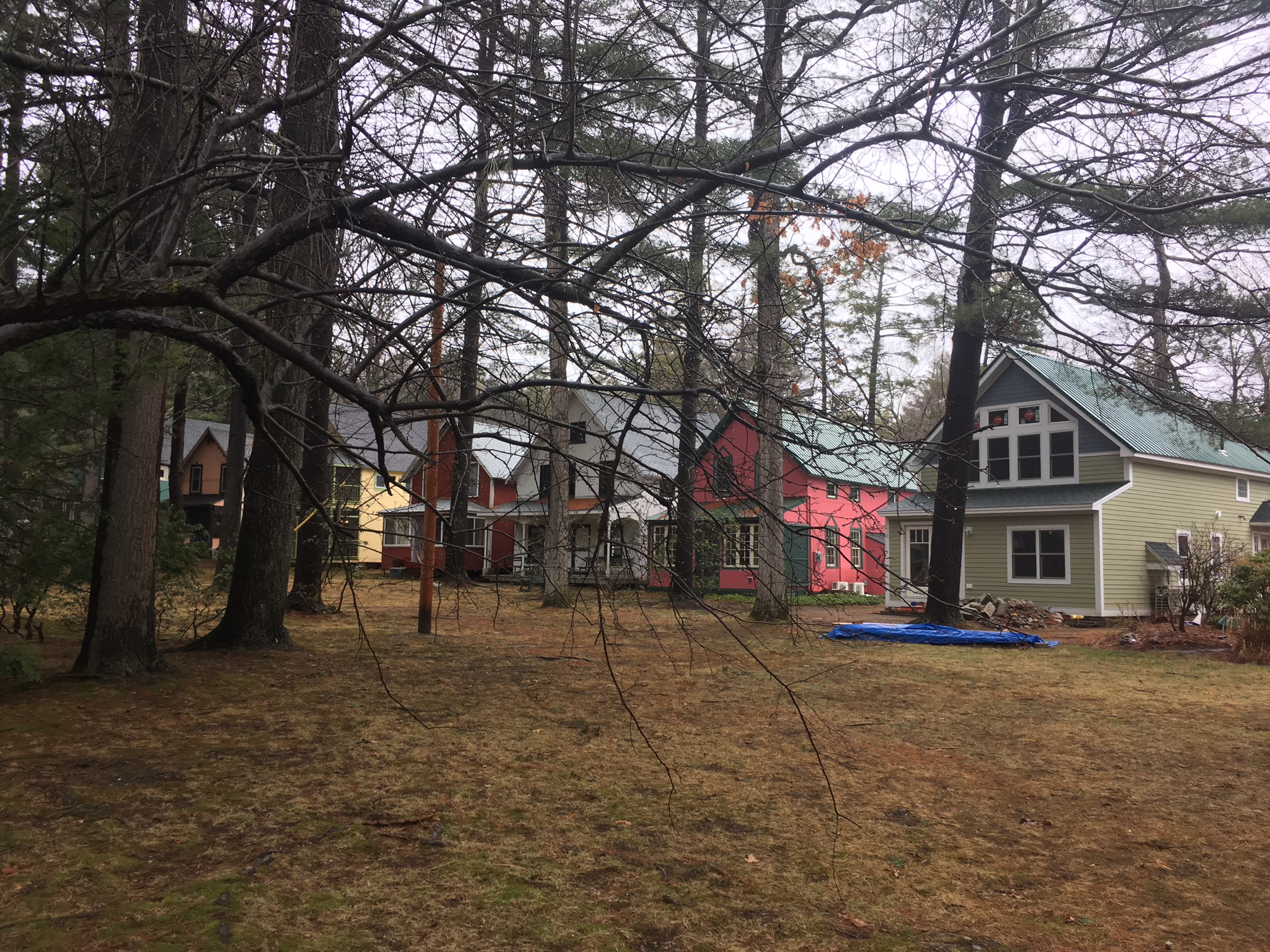 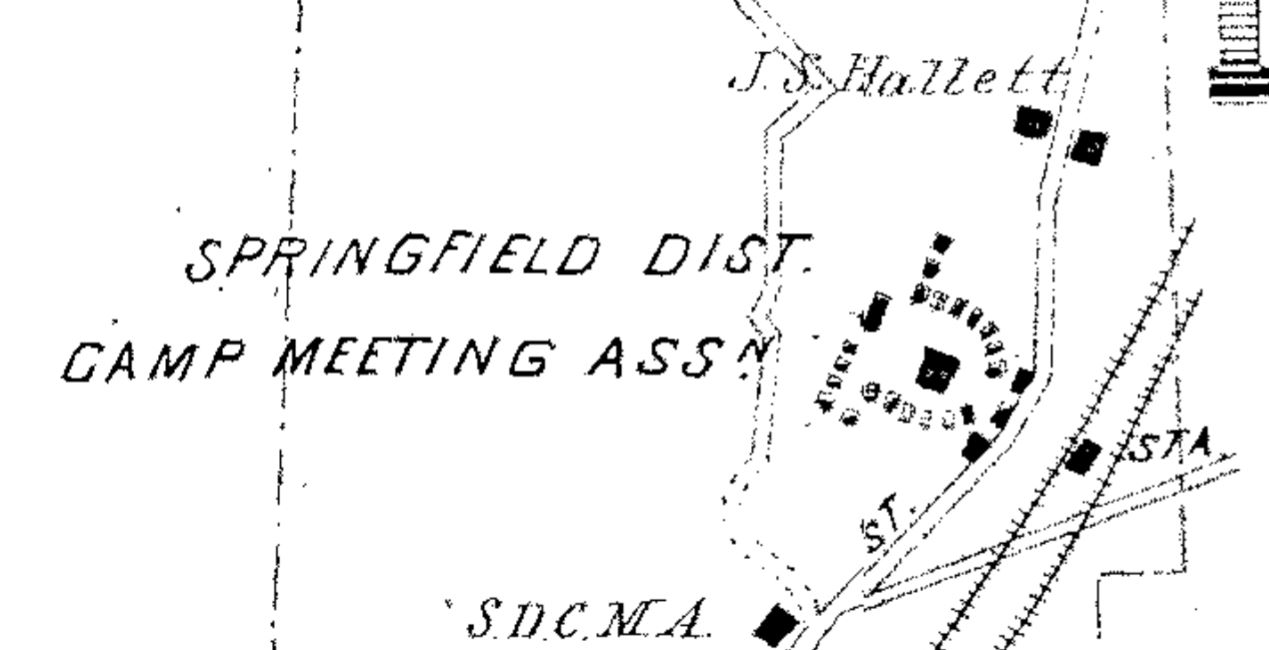 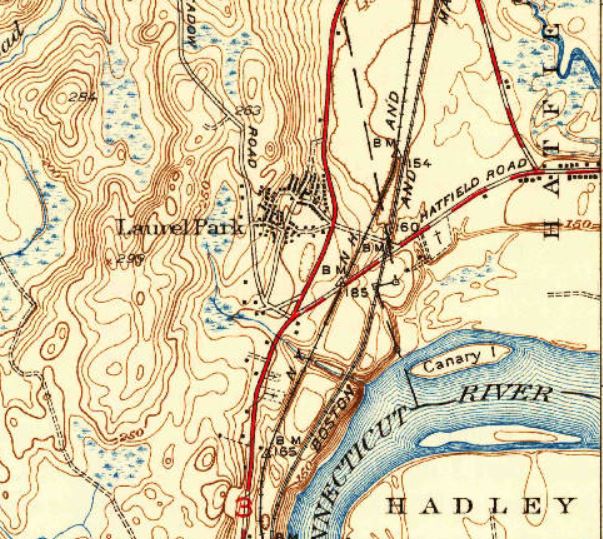 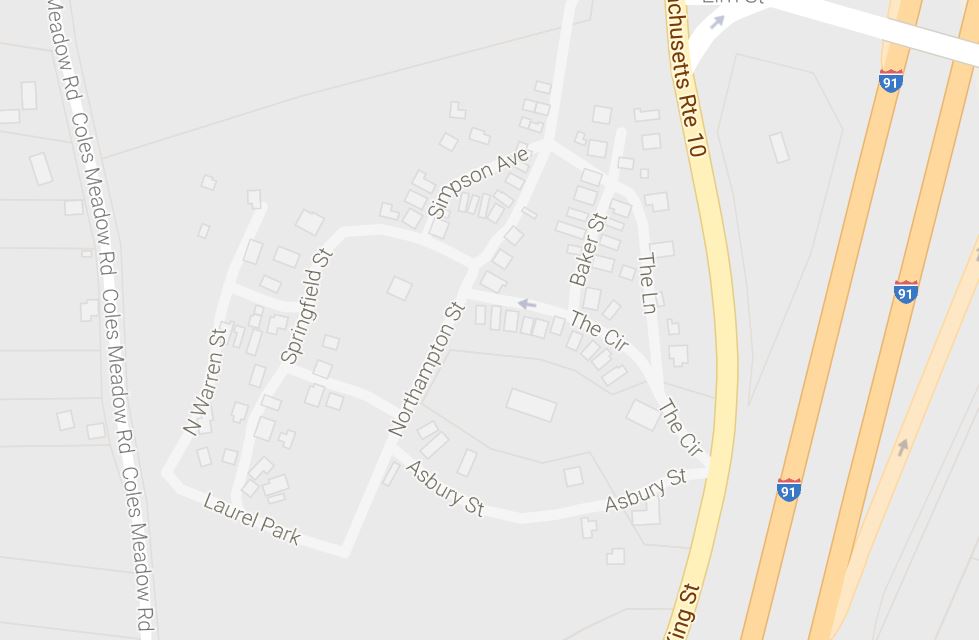 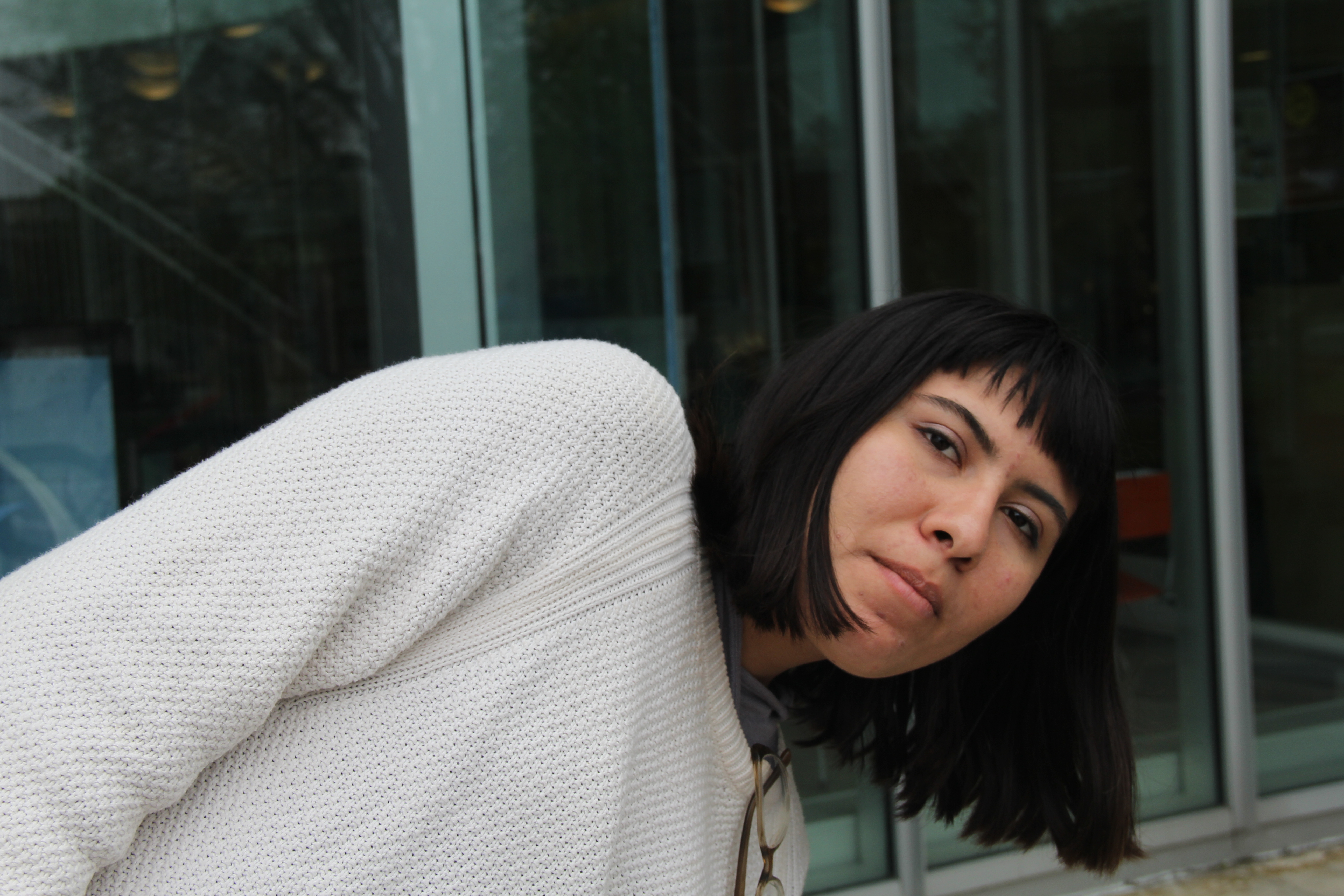 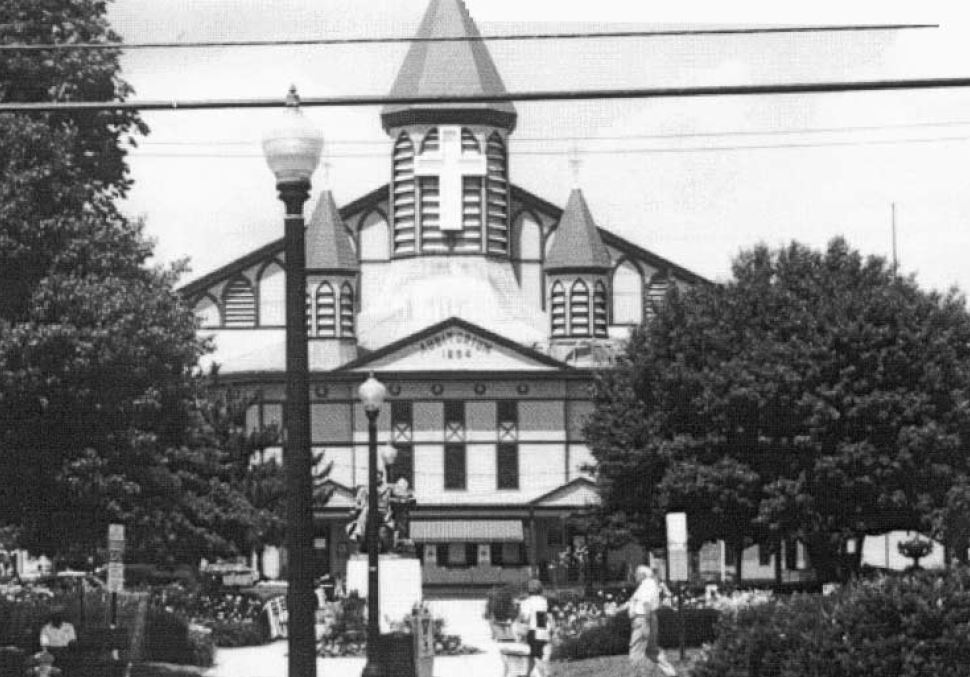 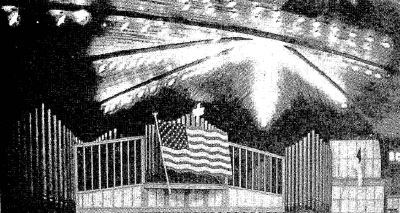