Read the “Scope and Contents” and the "Biographical/Historical" notes in the finding aids for more information on each individual collection. 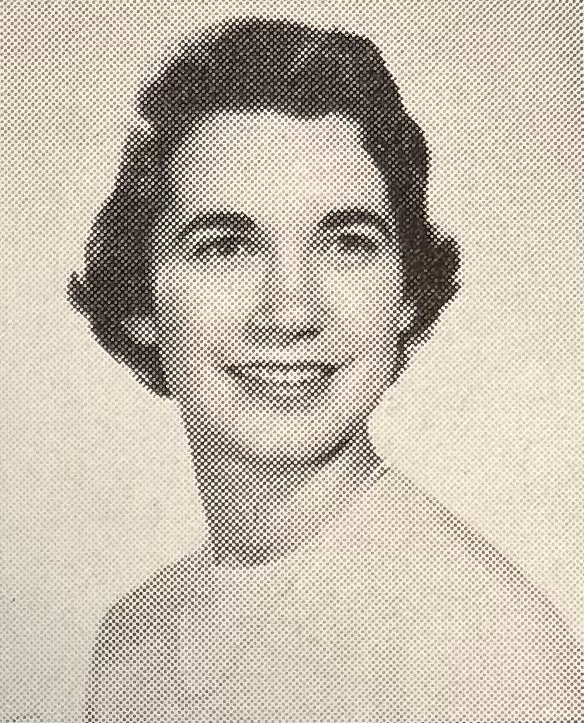 For more information, visit "Sophia Sisters" by Kaymarion Ramond or read Lillian Faderman's The Gay Revolution: The Story of the Struggle

Click here to look and search through the holdings in the Duplaix collection, from lesbian pulp fiction, to non-lesbian pulp, to nonfiction lesbiana, to small press books and journals.

CA-MS-01024
The Classes of 1951-1960 records consist of individual class notes, examinations, papers and class letters, correspondence, photographs, scrapbooks, songbooks as well as reunion materials of the same nature, all related to or dating from the time periods during which these classes were students at Smith College.

Voices of Feminism Oral History Project
SSC-MS-00535
The Voices of Feminism Oral History Project documents the persistence and diversity of organizing for women in the United States in the latter half of the 20th century. Narrators include labor, peace, and anti-racism activists; artists and writers; lesbian rights advocates; grassroots anti-violence and anti-poverty organizers; and women of color reproductive justice leaders. Interviews average 5-6 hours and cover childhood, personal life, and political work.

SSC-MS-00395
This collection consists of printed materials that document the evolution of attitudes and approaches to lesbian, gay, and bisexual people and organizations from 1932-1995 (mostly the 1970s), and documents the political struggles of lesbians, gay men, and bisexuals to oppose homophobic discrimination in U.S. society. Also of interest are numerous newsletters, periodicals and leaflets that document lesbian organizing in Western Massachusetts.

SSC-MS-00572
The Isabel Miller papers include diaries (beginning when she was in her early teens), correspondence offering rich documentation of her personal life, from her years as a member of WAVES during World War II and as wife and mother of four daughters in a heterosexual marriage, to her coming out as a lesbian and her life thereafter. According to her partner Julie Weber, Routsong deliberately made sure that her handwriting was difficult to read so that her diaries wouldn't be accessible to others; she later created typed, transcribed copies. Research and manuscript materials document the evolution of her profession as an author of lesbian fiction, the best known of which is Patience and Sarah.

SSC-MS-00671
The Old Lesbians Organizing for Change records contain extensive documentation of all OLOC events and gatherings since 1987, including photographs of events and videotapes of panel discussions and keynote speeches. Administrative files, newsletters and other publications, and educational and public relations materials are also included, as is a history of the organization.

Smith College Special Collections is a unit within Smith College Libraries. As a special collections library, it is home to materials outside the general library collection, including rare books, archives (historic records), manuscripts, maps, oral history interviews, and audiovisual material. These materials do not circulate outside of the library and are used onsite in the Reading Room. The Reading Room is open to all researchers working on a variety of projects including fiction books, art pieces, documentaries, family history, academic publications, and coursework.