JPN - Surround Yourself with Japanese: Netflix

This guide is intended to supplement to formal classes by introducing streaming media, youtube channels, and other audio-visual resources that will help you to maintain your listening skills and have a good time.

There is no doubt that if you can afford a personal subscription to Netflix, it will open the door to a lot of fabulous Japanese language content. Feature films, documentaries, anime - there should be something there for everyone. But now there is a special language hack that makes Netflix, not just entertainment, but an excellent source of vocabulary acquisition (does that sound academic enough?)

If you are in a country where you can use Chrome (or have VPN), check out - really - and download the extension called Language Learning with Netflix. Link is here: https://languagelearningwithnetflix.com  Please take a look at the catalog they have compiled that lets you browse by the language you study and the country you live in (because the offerings differ).

The catalog currently includes 82 titles for Japanese drama/anime/movies that work well with LLN, but there are many more than that in Netflix. For the LLN extension to work correctly (for Japanese language learning), Japanese subtitles need to be an option in Netflix for that title. For example, I checked a Japanese anime A Silent Voice. It has the option of English or Japanese audio, and a number of different languages for subtitles but Japanese is not one of them. So, the first thing you need to check is the Netflix audio/subtitle options.

Giri/Haji is an example where the audio is English (original) but a number of the conversations are in Japanese. Set the subtitles to Japanese on the Netflix side. That will give you the Japanese text (with lookup info). But even if you turn on the Translation language and Display Human translation on the LLN side, it doesn’t work. This would be why this title doesn’t come up on the recommended Japanese list in the catalog. But, it does work for my purposes.

As I play with it, I am coming across things I think I should document so I can save time recreating my steps later. If it is a Netflix Japanese original film and the subtitle option is Japanese (cc) sometimes you will need to turn off the LLN option or nothing appears. That means that you won’t get furigana or the pop-up dictionary options. Other times it works – like Terrace House.

One of the tweaks that I made to my own setup for Japanese is that I chose hiragana rather than romaji for furigana and I turned off the English “human translation” so that I wasn’t tempted to cheat and read the English. Depending on the video, I can easily turn it back on. 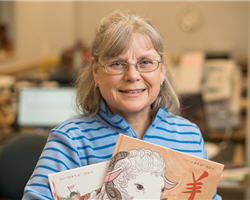