What is lesbian pulp fiction?

On this page you will find a broad overview of all things lesbian pulp fiction. Toggle between the menus to find definitions of lesbian pulp fiction as well as other key terms, historical context, notable authors, publishers, and cover artists, and a list of literary themes.

[This definition was adapted from The Lesbian Pulp Fiction Collection at Mount Saint Vincent University.] 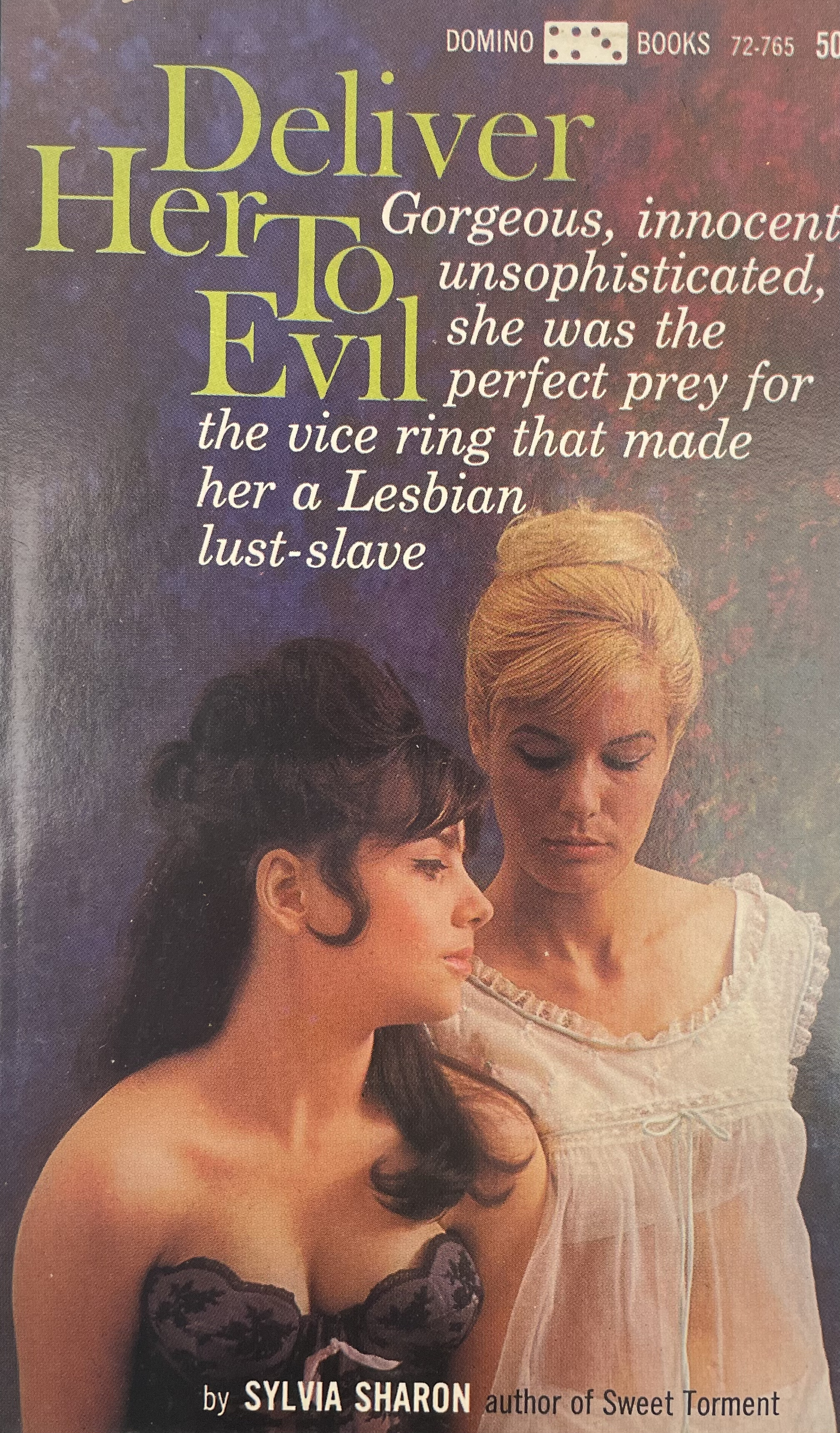 Throughout this LibGuide, I use the term ‘Virile Adventure’ to describe the lesbian pulps written by male authors, and some straight women. 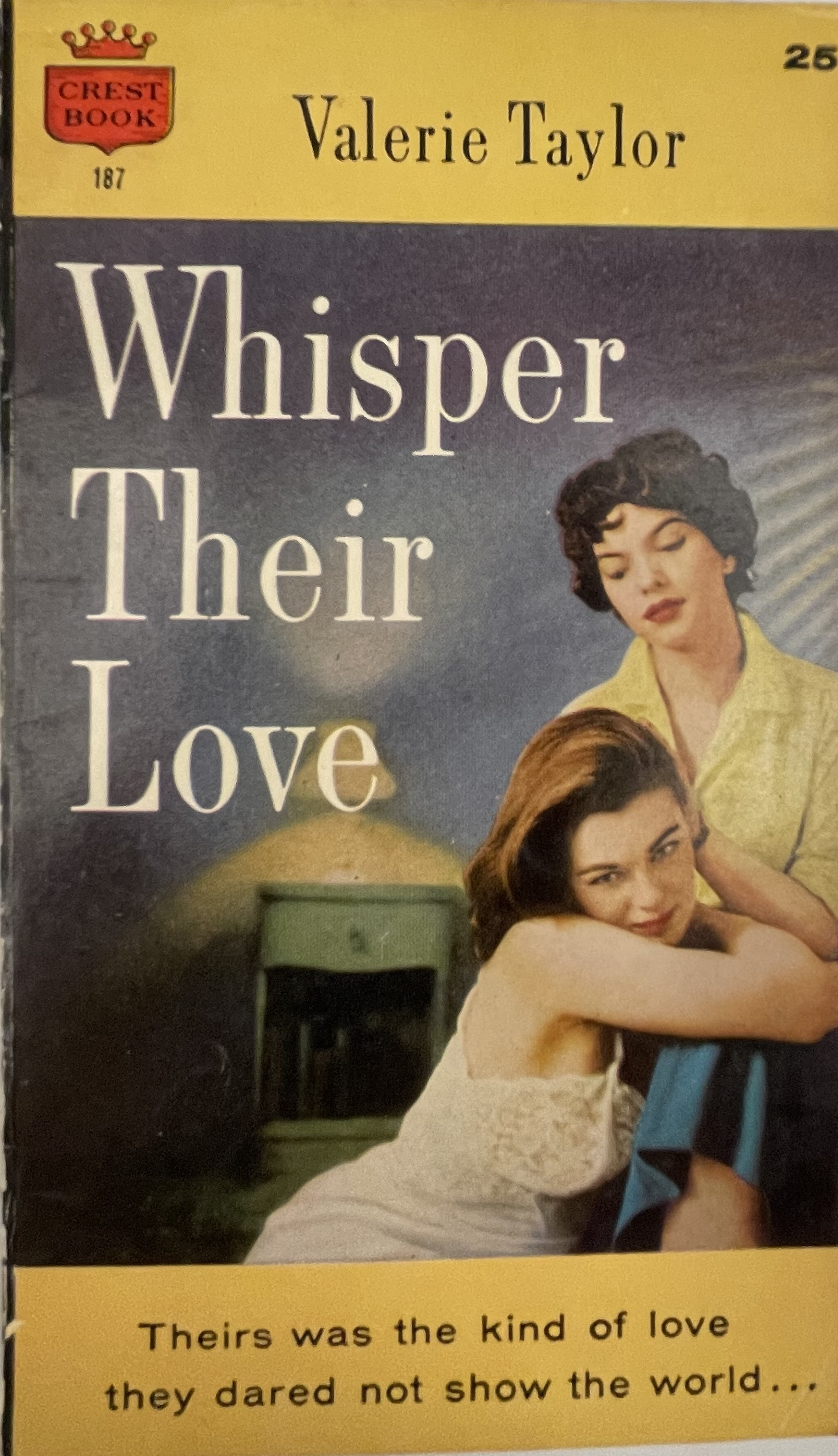 This subset of pulps describes those books that were for and by women, often written by lesbian authors.

[These definitions were adapted from Yvonne Keller's article Ab/normal Looking: Voyeurism and Surveillance in Lesbian Pulp Novels and US Cold War Culture.] 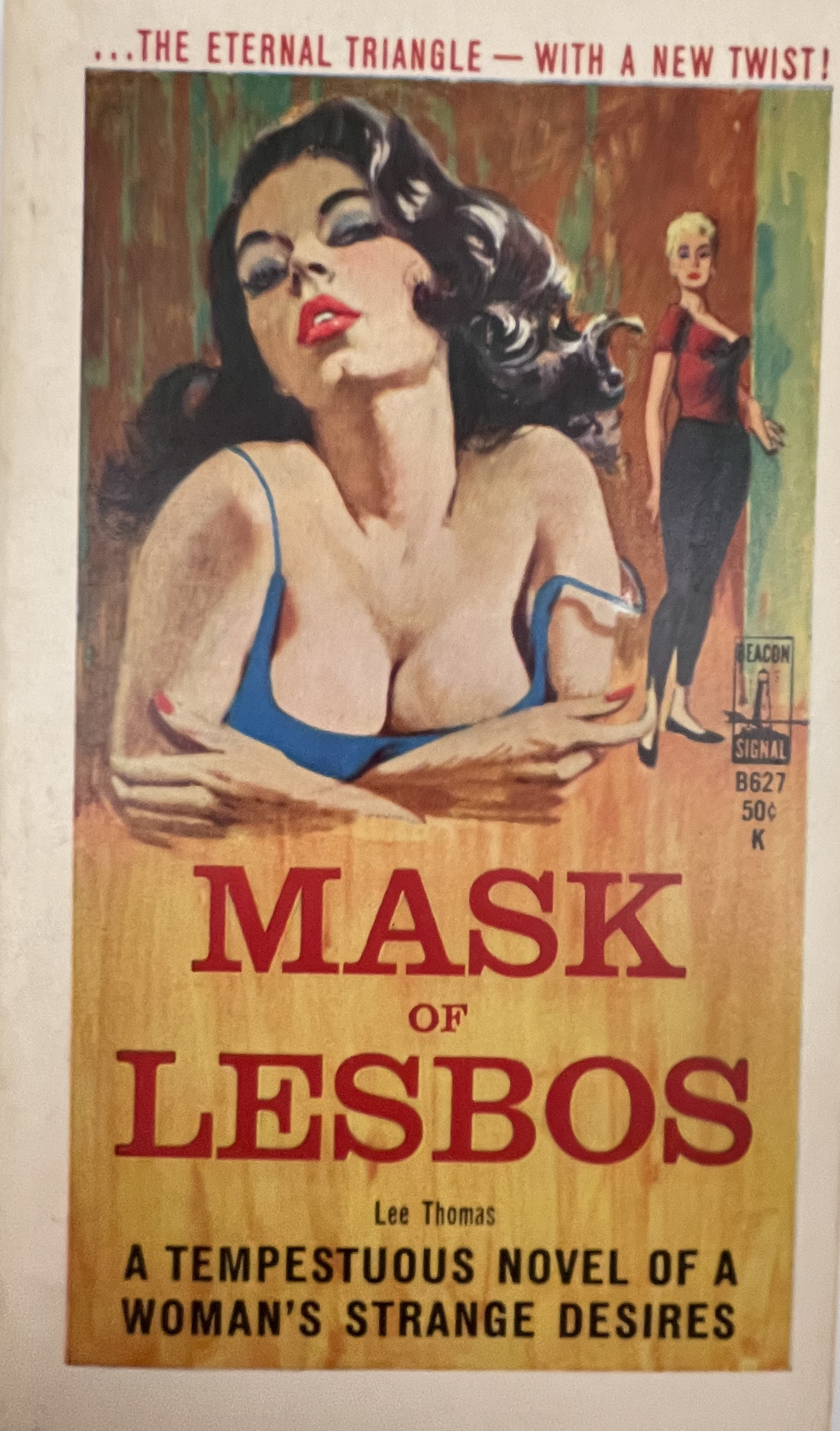 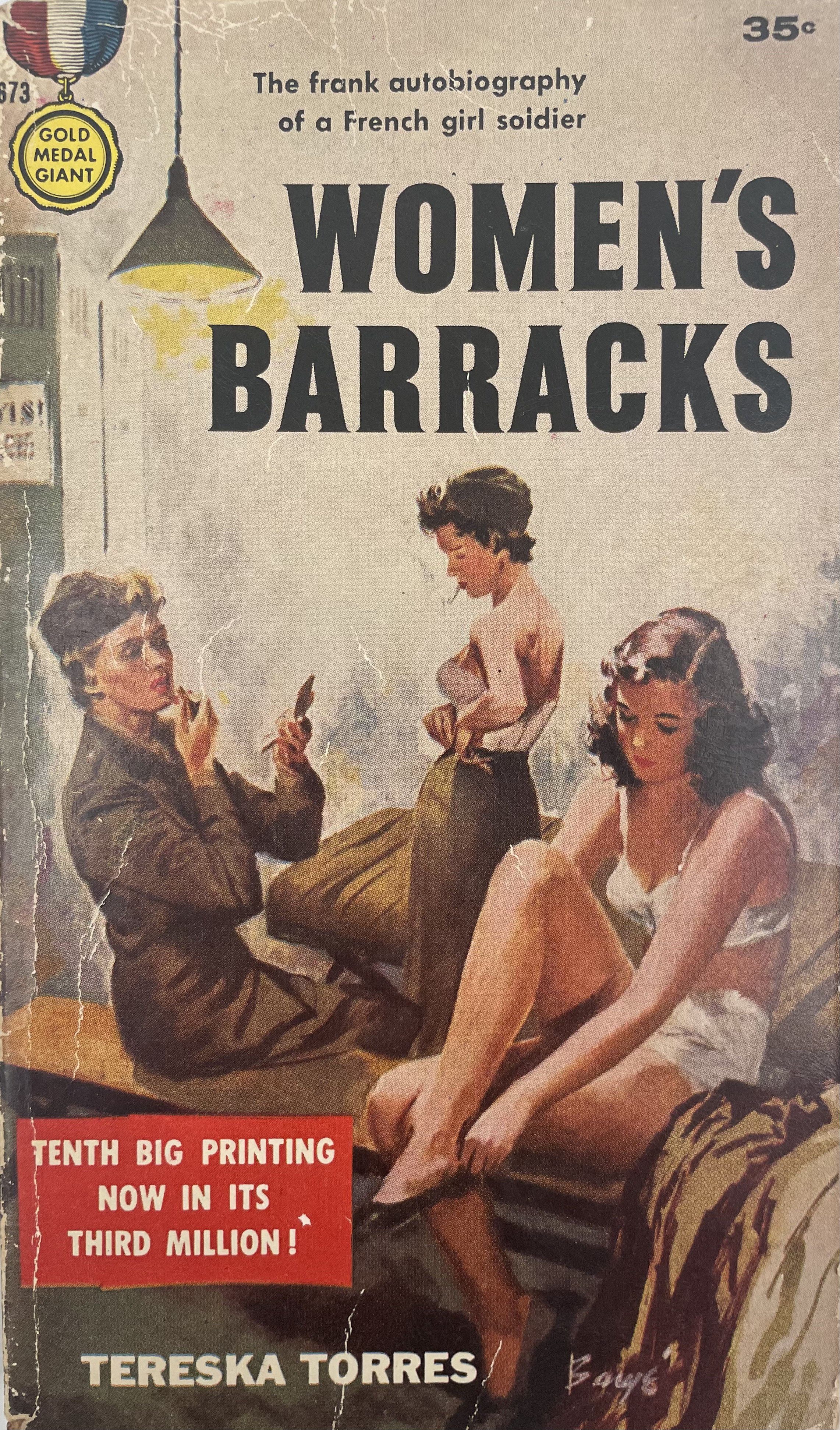 Lesbian pulp books can be identified through many reoccurring themes. The following bulleted lists describe some of the most common tropes and literary motifs that are found across many lesbi-pulp titles. 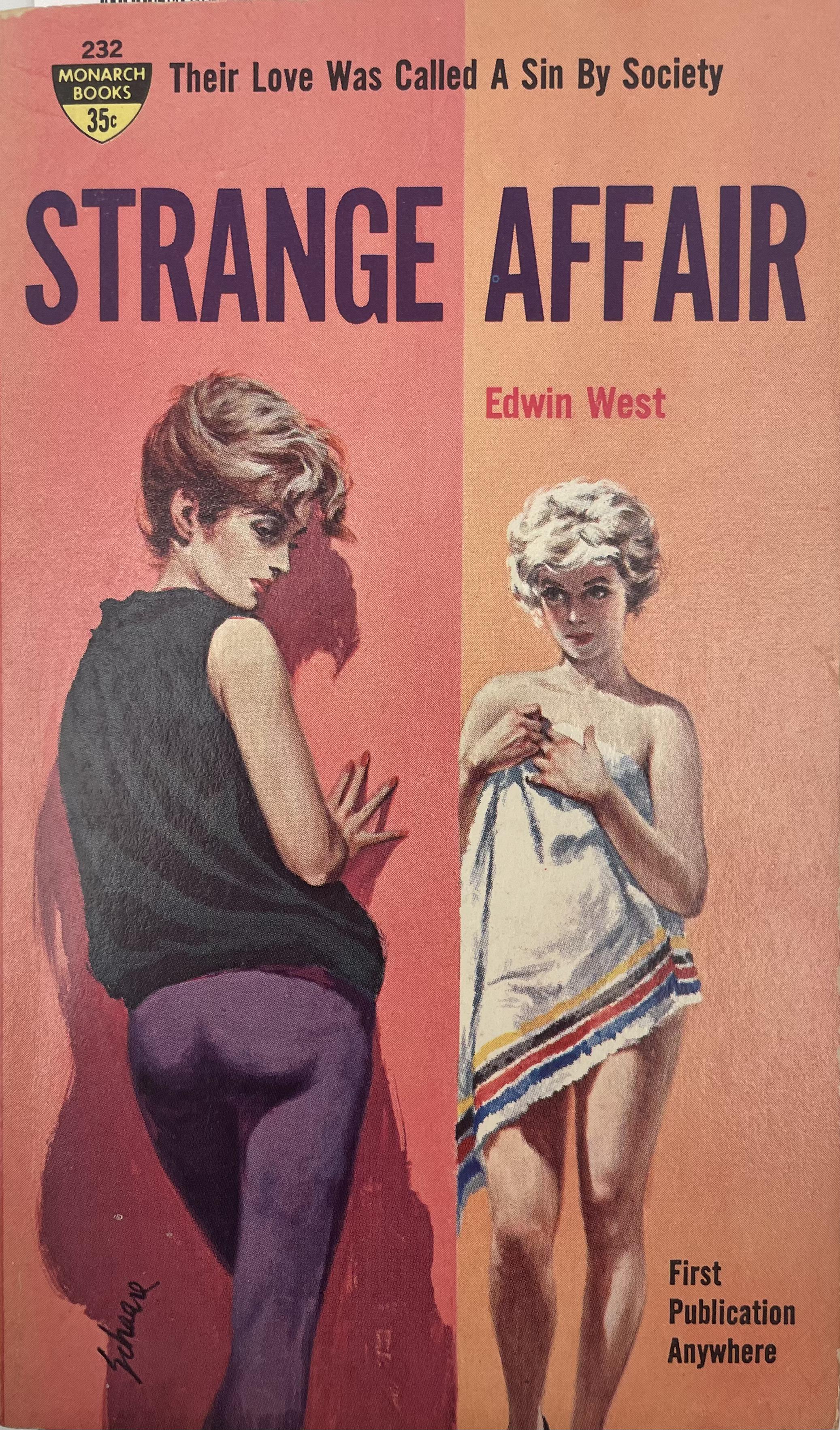 The front and back covers of pulp books often include specific language or ‘code words’ to notify the reader that the book will contain lesbian themes.
Examples of such language:

Examples of the most common settings found in lesbian pulps: 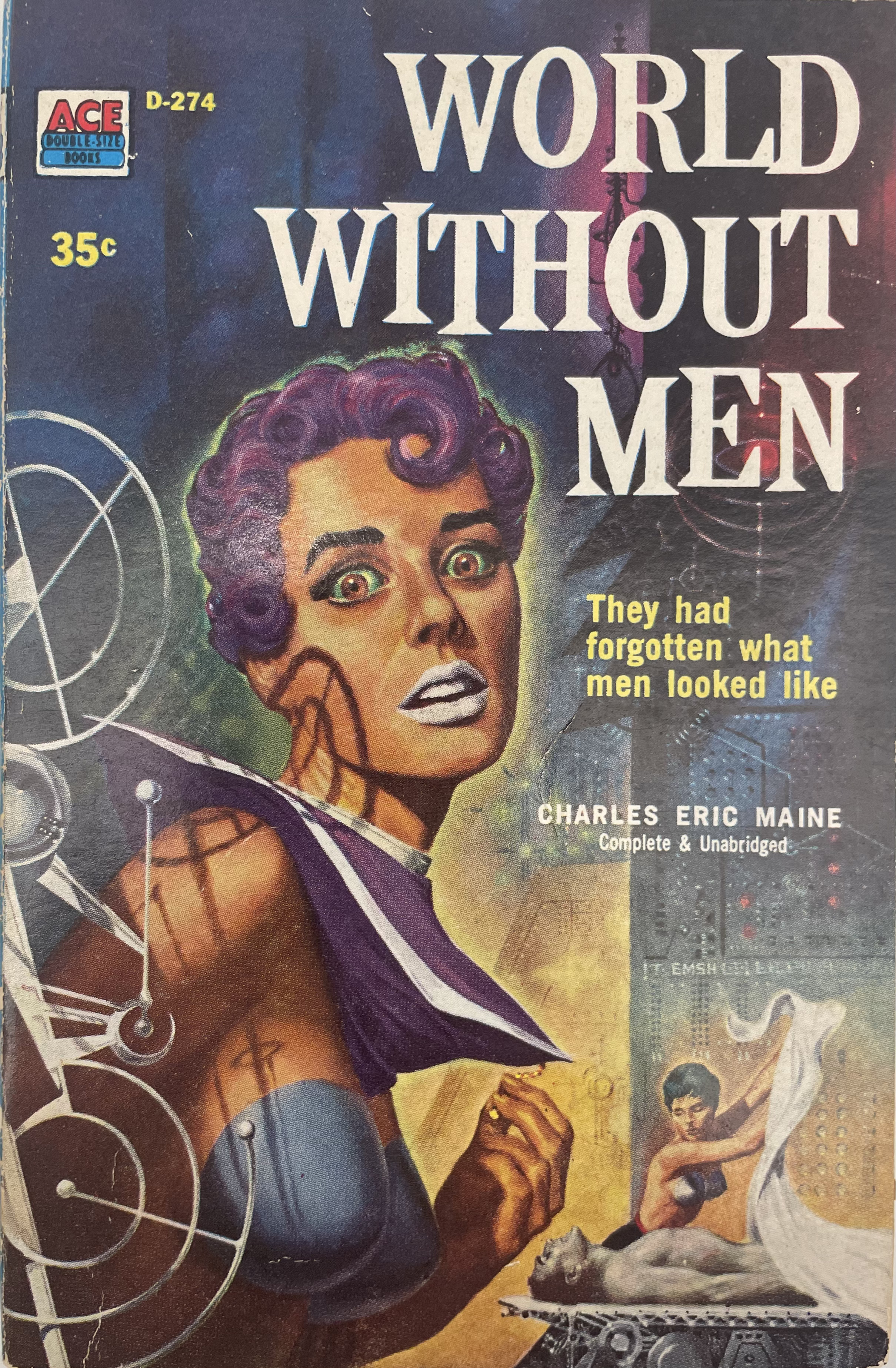 The text itself also contains recurring literary themes and motifs: 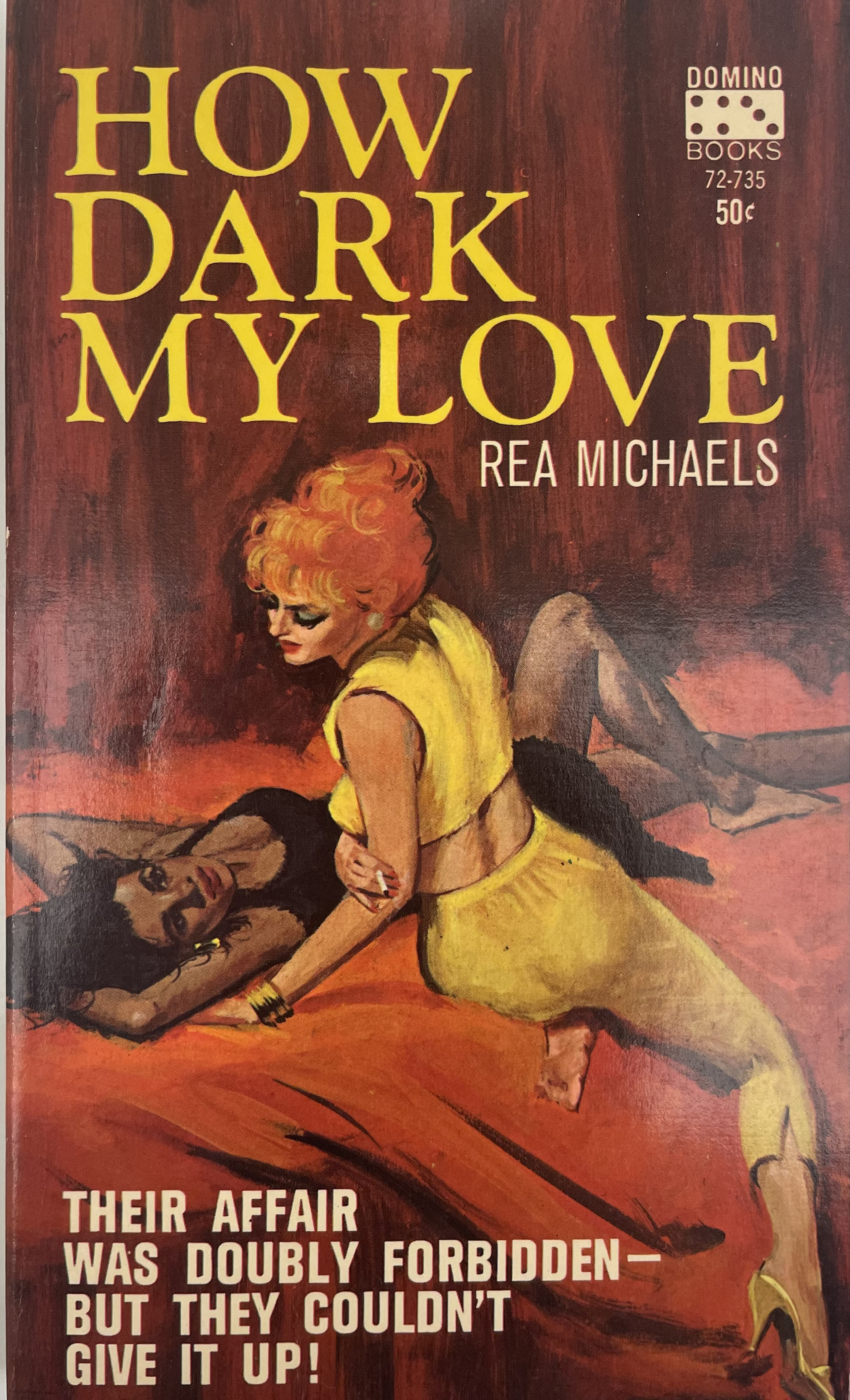 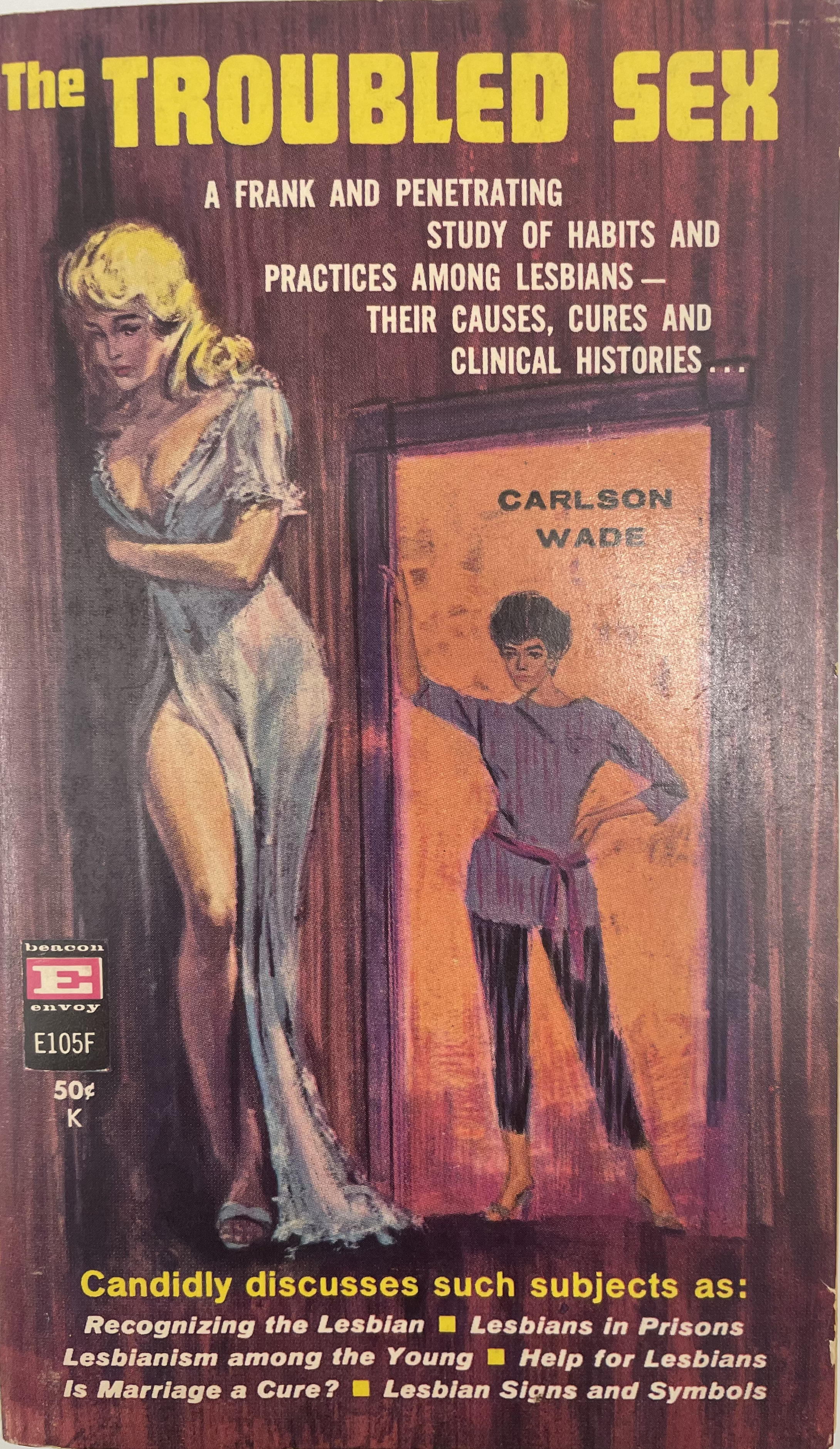 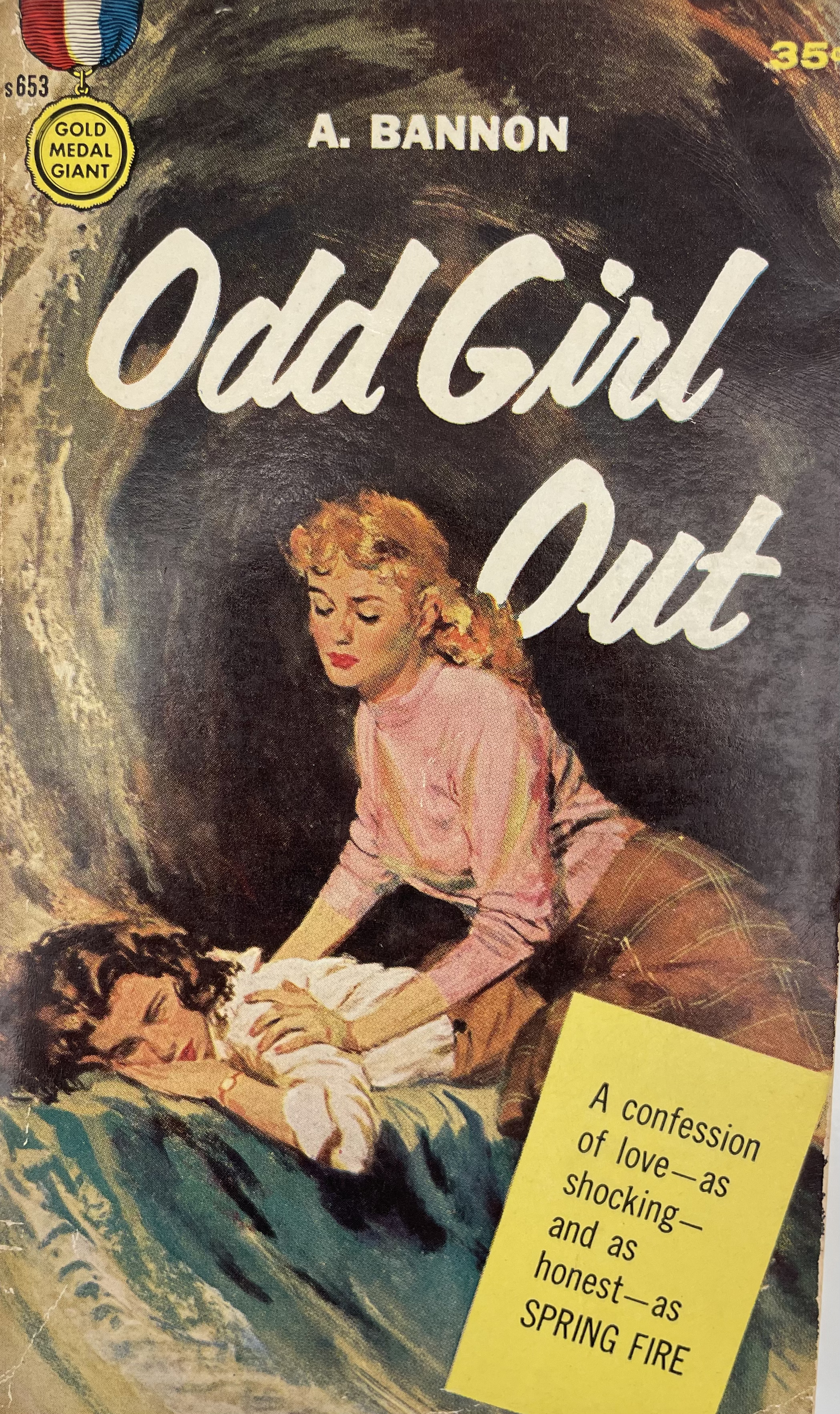 Over time, lesbian authors, and some straight men and women, began to write lesbian pulps of their own, putting forth more sympathetic portrayals of lesbian love. These 'Pro-Lesbian Pulps' became survival literature for queer people in the 50s and 60s who had few other positive representations of their identity in media. Given that gay and lesbian lifestyles were illegal in the United States in the 1950s, many of the pro-lesbian pulp authors published their work under pseudonyms to protect their true
identities.

This is a list of some of the most notable pro-lesbian pulp authors and their pseudonyms if they used one. In many cases, there is little information about authors and whether they used a pseudonym at all. 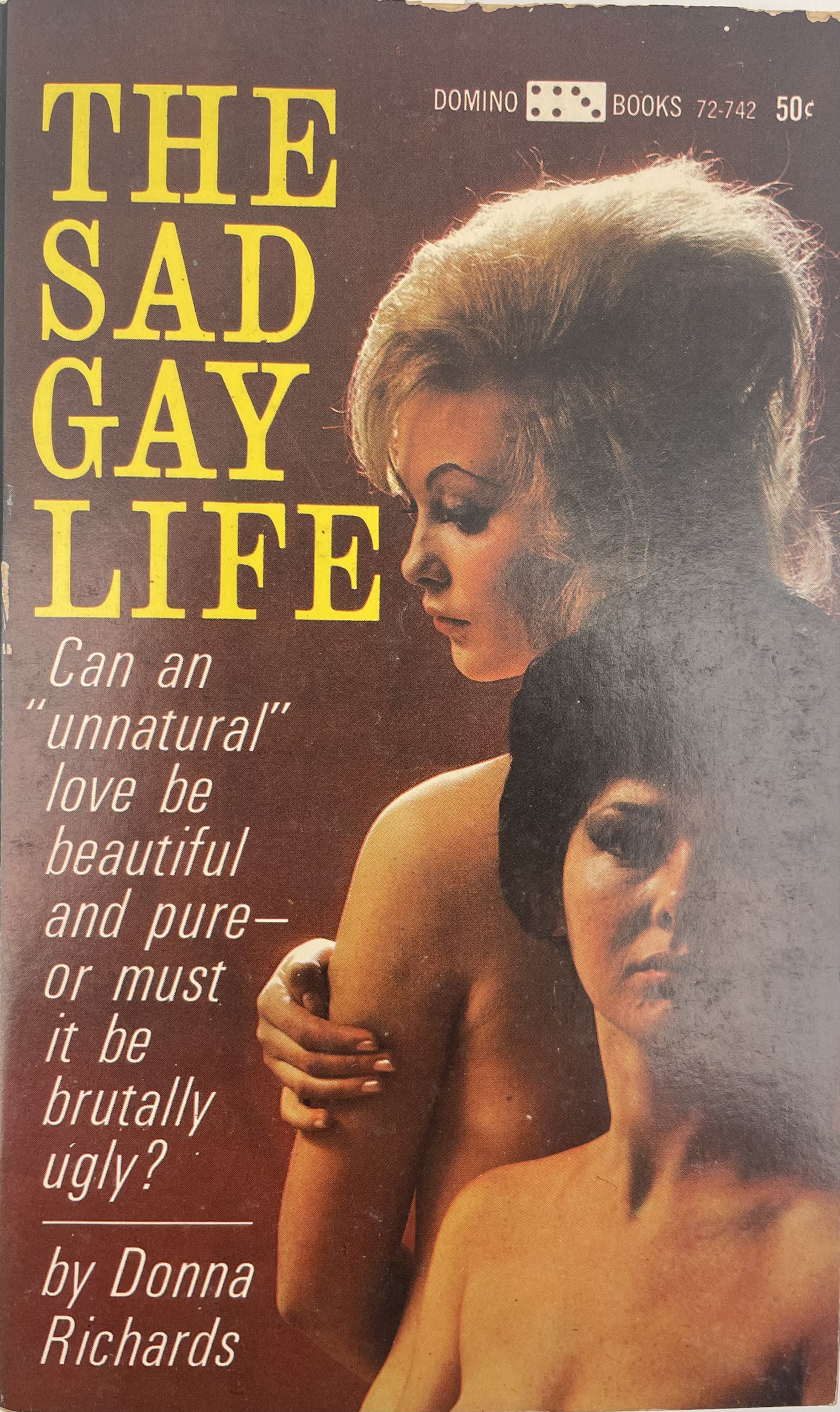 When the commercial market for pulps with lesbian subject matter was first discovered, the genre was controlled by male authors who depicted ridiculously fetishized portraits of lesbian life. They usually used female pseudonyms to seem more authentic. These male-authored lesbian pulps are known as ‘Virile Adventures’ because they were made by and for the male heterosexual gaze.

This is a list of the most notable male authors of virile adventure pulps and their pseudonyms if they used one. In many cases, there is little information about authors and whether they used a pseudonym at all. 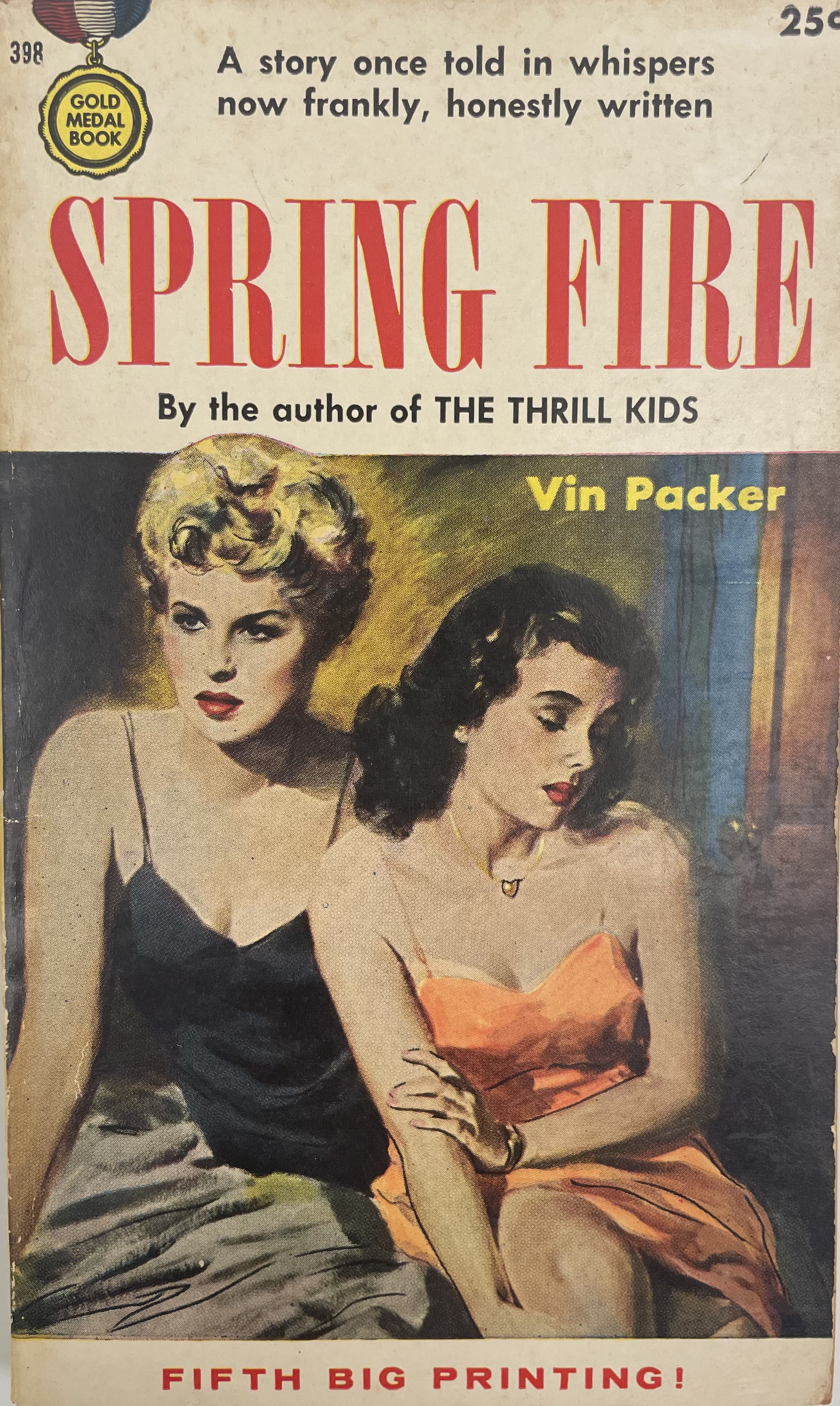 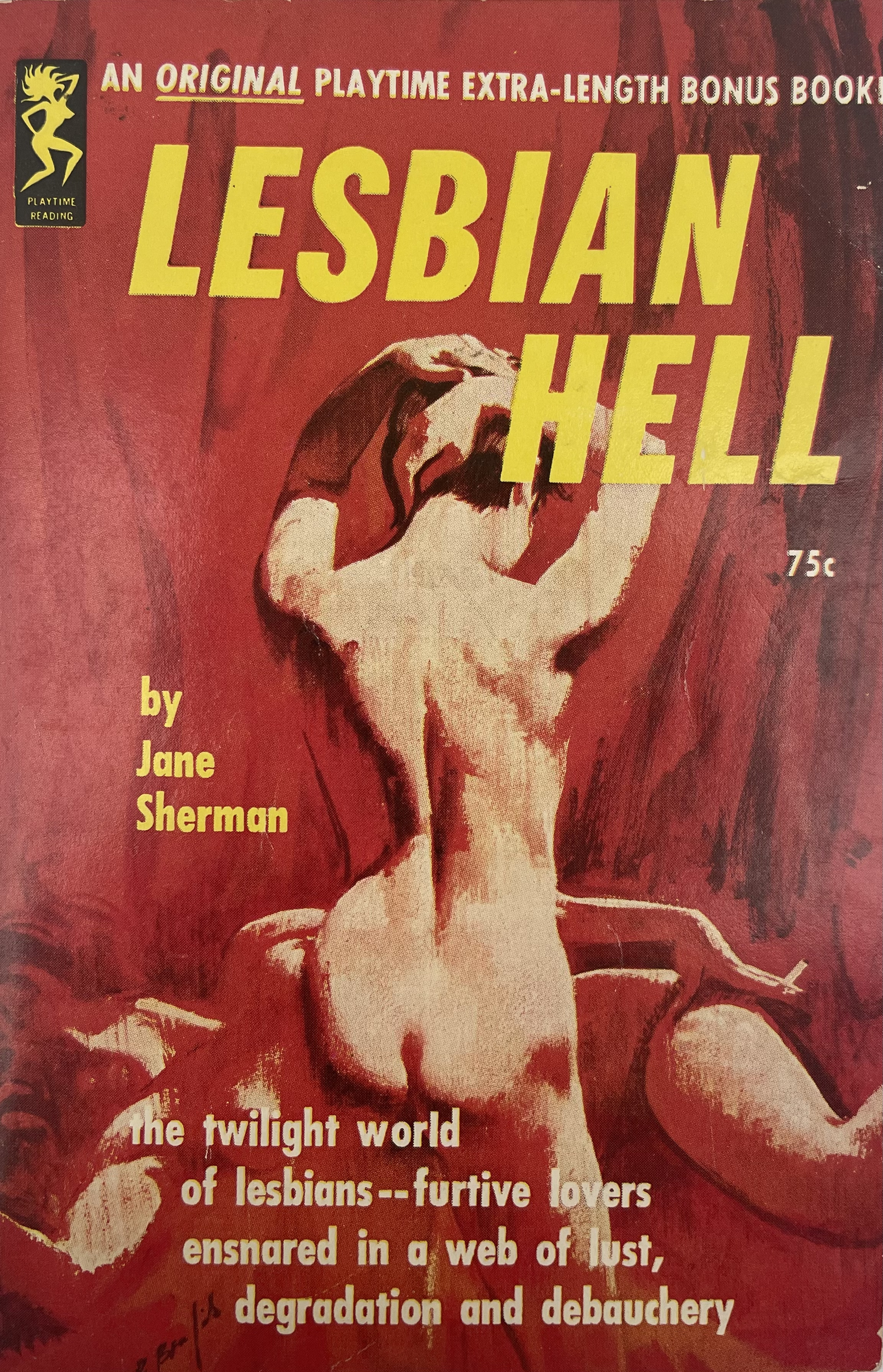 After the Golden Age: 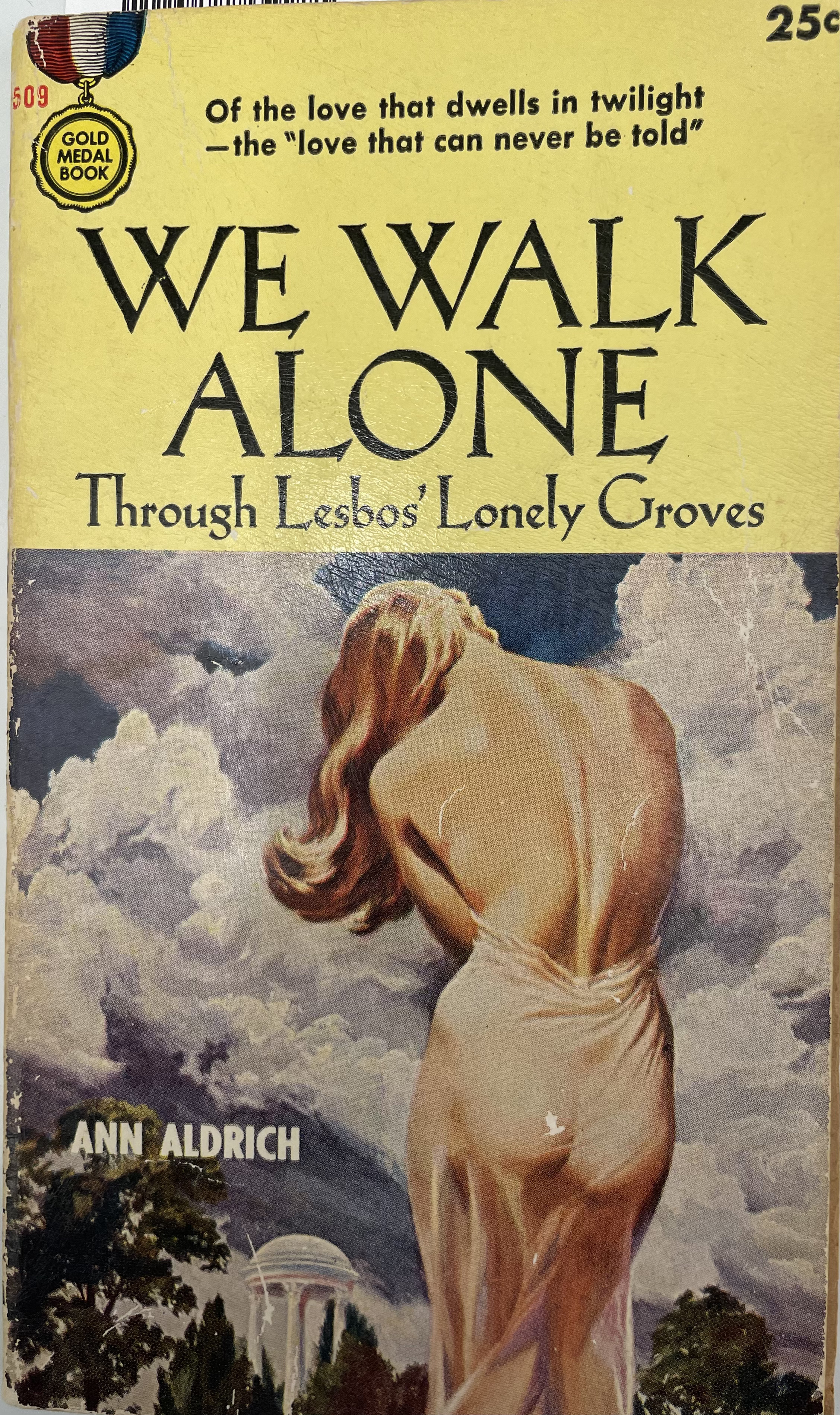 covers were meant to lure in the straight male reader.

Covers often featured women, but the number of women and how they are positioned provide essential information to the reader about what kind of lesbian content is in store: 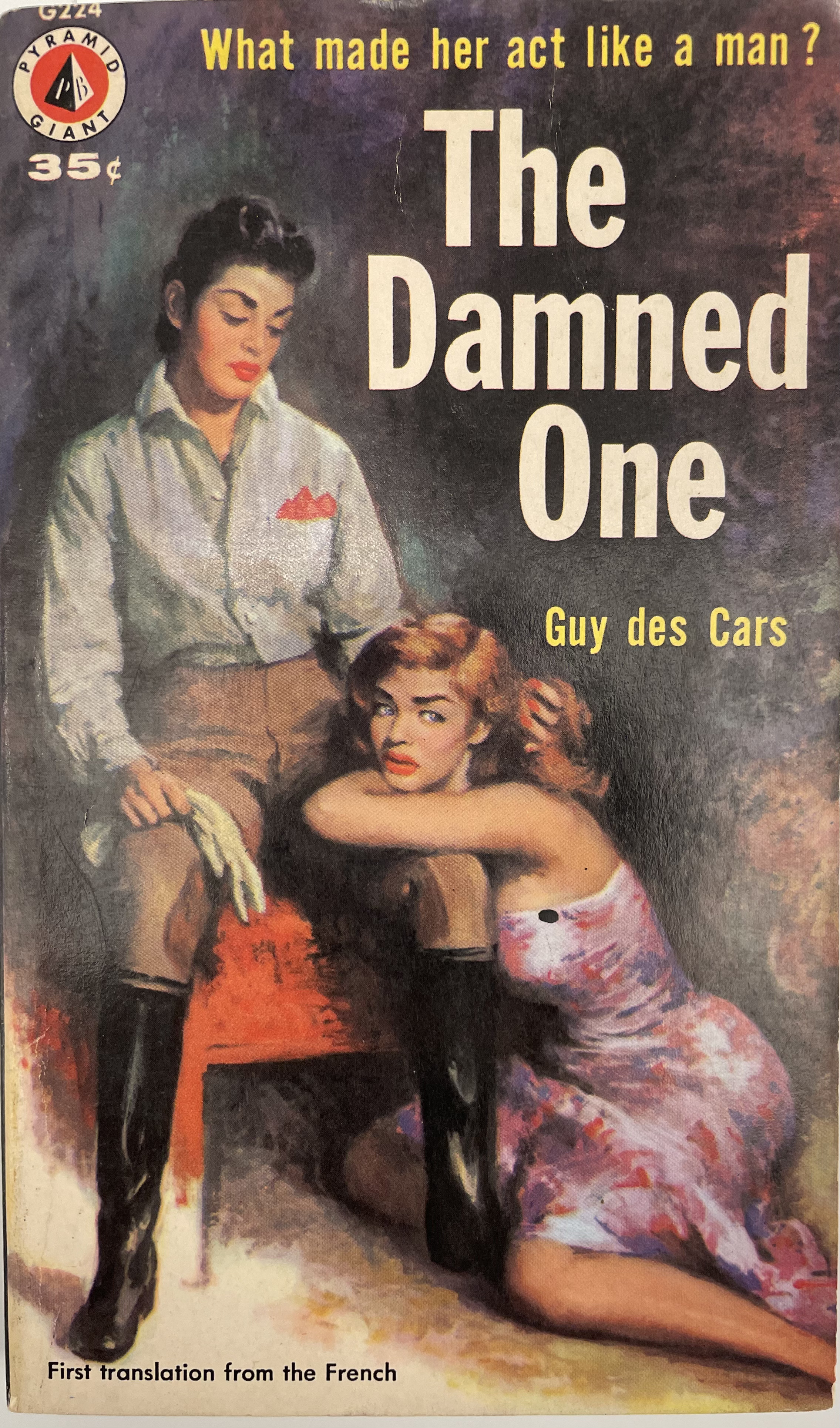